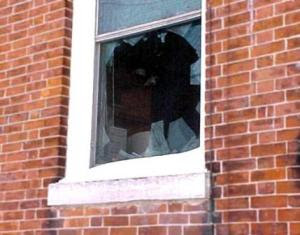 I was watching the television last week, watching the extensive damage caused by hurricane 'Sandy' but what really caught my attention was a prominent financial analyst who was happily 'forecasting' all the building, renovation, and infrastructure repairs that would follow Hurricane Sandy. He went on to say that this event would provide the much needed 'boost' to the economy in the region and went on and on with some fancy statistics and numbers to prove the same. Before I go further, just to make something clear right at the onset - Hurricane Sandy destroyed wealth. Perfectly good houses were ruined. Passable roads were wrecked. Decent boats were sunk.

But this is just another way that some economists give you the wrong idea. They tell you that the GDP will go up as people rebuild and that jobs will increase in the construction sector. "Damage is good because it 'puts people to work' or it 'increases demand'" - say some economists and stock speculators.
But losses do not become gains just because people try to make them up. Now, people in the New York/New Jersey affected area (as well as taxpayers all over USA) will have to spend about $40 billion just to get back to where they started.

An economist and philosopher - Frederic Bastiat dealt with the issue about 150 years ago. Even then, some economists thought that a broken window might increase prosperity - because it provided work for the glass maker, the glazier, and so forth. In his essay, he explains that if the shopkeeper had not spend six francs in repairing his broken window, he would, perhaps, have replaced his old shoes, or added another book to his library. In short, he would have employed his six francs in some way, which this accident has prevented. The same way, If you force a banker, shopkeeper, home owner to spend money unwisely, to use it to repair something that shouldn't need repair or to invest it in a harebrained scheme - the money will be lost. It will not contribute to the poor man's well-being nor to the well being of the economy in which he lives.

Hurricane Sandy will not stimulate the US economy. Neither will cyclone Nilam or any other natural disaster. I urge my readers not to join the bandwagon and believe 'thought experiments' of arm chair economists, but to think rationally when it comes to events like these. So what do i see in the aftermath of hurricane  Sandy? - only muddy water and broken, water-logged houses.

Stay abreast of the latest happenings in Personal Investing. Enter your email address (on top - right of this page) to receive free & unbiased articles on personal investing in your inbox!
Posted by Rahul George at 8:21 PM