Fixed Deposits Which Give Over 14% Return 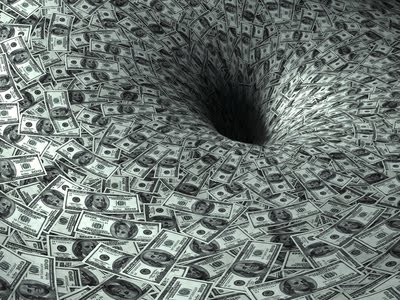 A couple of weeks back, I spoke to a relative who had invested his entire savings in a fixed deposit by an NBFC  (Non Banking Financial Company) which was giving an interest of 14.5% per annum on his deposit. He was a middle aged person who did not want to invest in equities and shopped around for a fixed income instruments which would give him the highest possible return and he came across this NBFC which gave him a pretty high return. This article is not about how he found a high interest paying 'Company Deposit' but rather what happened after he invested his savings.
This NBFC was 'backed' by some 'reputed' business houses but in the end, the NBFC filed a petition with the High Court asking for permission to convert the Fixed Deposits into shares in the company since the company was unable to repay the deposits with the high interest! The worst case was that the company later filed for bankruptcy leaving even the shares worthless!

This reminds of the company Morepen - a pharma company which also promised high returns to investors in the Fixed Deposit scheme it floated but finally ended up being unable to return the deposit. In India there are several hundred NBFCs, promising very high interest rates for their fixed deposits and a lot of them have 'credible' business plans to justify their high interest rates. If a company offers 15% interest to its deposit holders, the company is borrowing money from you at a rate which is more than the bank commercial lending rate. Why is the company doing so? Were mainstream banks not ready to lend money? If it is an NBFC, which takes the money at 15% and lends it to others at say 18 - 25%, then again it is lending the money to people who are unable to procure a loan from a regular bank, which again is a cause of concern about the loan quality of the NBFC.

So as a prudent investor, do not be swayed by promises of such high returns since the inherent risk is very high. It does not make sense, if you say that you do not want to invest in the equity market (since it is allegedly 'risky') and then end up investing in these 'high return' FDs just because they promise a very high fixed return. Remember that when you lock your money in a company FD, you are 'married' to the company till your term ends, unlike equity where you can exit  the moment you feel something is wrong by selling the shares.

However this does not mean that all company FDs are bad. In fact there are some very high quality company FDs in the market. I had written an earlier article on Investing In Company FDs (Click here to read) and had mentioned a few guidelines on selecting company FDs. But as I have mentioned in my earlier articles, if an investment product promises a return which is too good to be true, then it usually is the latter.
Posted by Rahul George at 7:02 PM