Is this the January Effect? 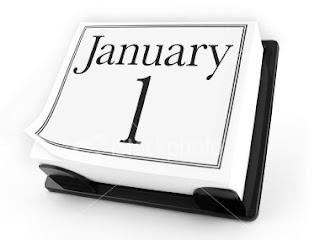 At the close of 2011, most financial markets closed on a pessimistic note. The stock market had suffered during the year, and the rupee had tumbled over the last few months. Two weeks into the New Year, the mood and sentiment have changed for the better. Internationally, the markets have fared well. The S&P 500 is up 3% for the year, the Eurozone debt crisis has yet to make new headlines. Commodities have also performed well. Back home, the Sensex is up 4% this year, and the rupee is up by 3% against the dollar.
The reason could be attributed to a well-documented phenomenon in financial markets is what is known as the January effect.(No, I'm not making this up!).
Historically, risk assets perform best during the month of the January. They perform better in January relative to any other month of the year. There are many reasons for this. One is that many investors sell assets during December for tax reasons, and then buy again in January. It is more pronounced for small cap and mid cap stocks than for large cap stocks. In addition, many investors tend to take new positions at the start of a year rather than towards the end of a previous year. A result of the January effect is that markets usually start the year on a positive note, like we have seen in the first two weeks of this year. The important question is whether the current rally is simply the January effect that will disappear shortly, or whether it is something more sustainable.
The first point to note is that very little has changed from a fundamental perspective in the last month. Markets were pessimistic a month ago and optimistic today without any real change in economic fundamentals in the last month. This is a good sign that what we are witnessing may be a simple January effect that will not be sustainable.
The main reason that markets have done well so far is due to lack of news rather than any specific positive news. More specifically, markets have done well because there has been a lack of news regarding the Eurozone. The Indian economy is generally showing signs of slowing down, but growth is still at high levels.Whether the rally continues will depend largely on the Eurozone factor. The longer it stays out of the news, the more confidence markets will have and investors will become more optimistic. The current rally is likely partially a result of the January effect, but does not necessarily mean it will not be sustained going forward!


Stay abreast of the latest happenings in Personal Investing. Enter your email address (on top - right of this page) to receive free & unbiased articles on personal investing in your inbox!
Posted by Rahul George at 10:00 PM