4 Things Not to Do in Bear Markets

About a year back investors were euphoric when the Sensex hit 21,000 and when I look at the bloodbath the markets have witnessed in the last month, it's hard to believe that it is the very same market and the very same TV anchors & investors talking all about gloom and doom! In my article a few weeks ago, I had  taken the risk of making a forecast - that the markets would fall further (Click here to read the article). And I am glad that I am vindicated but what next? Will the markets fall further?

Read more »
Posted by Rahul George at 7:51 PM No comments: 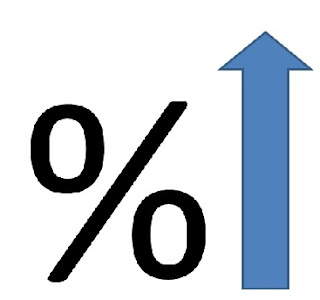 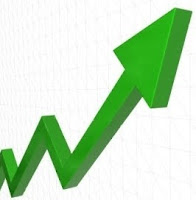 A few months back ,I had written an article on why investing in the Public Provident Fund (PPF) is lucrative (Click here to Read). In the article I had also brought about the differences in Employer's Provident Fund (which you may be enrolled in from your work place) and PPF. However yesterday the Government accepted the recommendations from an expert panel, headed by former RBI deputy governor Shyamala Gopinath, which would result in the following advantages for Investors.
Read more »
Posted by Rahul George at 11:34 AM No comments:

Should I invest in the Stock Market now?

"Mr. Market suffers from some rather incurable emotional problems; you see, he is very temperamental. When Mr. Market is overcome by boundless optimism or bottomless pessimism, he will quote you a price that seems to you a little short of silly. As an intelligent investor, you should not fall under Mr. Market's influence, but rather you should learn to take advantage of him." - Benjamin Graham

Stock Markets around the world kept plummeting the past few months, wiping away a large amount of investor wealth. However the month of October saw a smart recovery in the markets. During a time when an annual return of 10% is considered fantastic, the markets gained 10% just in the month of October! The rise in markets during October was largely due to perceptions that the Greek crisis would be contained, and perhaps even solved. As European politicians negotiated with one another, the stock markets continued to gain momentum.
However, there is a possibility that the deal reached the previous week will not be honored. There is also the possibility that the current government will not survive. The stock market expectation that this would be solved has clearly not materialized. So why are the markets not reflecting this? Is there something the stock markets know which others don't?

Read more »
Posted by Rahul George at 8:35 PM No comments:

This article comes as a result of the readers of my blog in USA & focusses on some methods to reduce Car Insurance premiums. I have compiled most of these tips by looking at the data supplied by the American Institue for Chartered Property Underwriters.
• Remove towing coverage: Towing — or “emergency roadside service”, as it’s sometimes called — is an easy cost to self-insure (paying for the cost yourself). (You likely pay $10 to $30 a year for towing insurance, and one tow costs about $100, which you can save quickly by not paying for towing insurance.) Sometimes your car will break down, but