Should I buy Gold at these high prices? 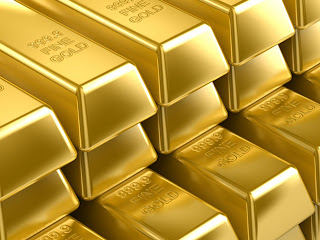 “After almost a dream run of gold prices, does it make sense to invest in Gold now? Will the prices of gold rise even higher or is this a bubble just waiting to explode?” – this is a small snippet from a conversation I had with a friend who recently came into some money and was looking at parking it somewhere. He was scared of equities and most of his money was in Fixed Deposits. Investing in gold was something which had caught his fancy but he was unsure, especially after gold corrected about 18% from the highs it set.


Just as I had stated in my previous blog, nobody knows the real value of a gram of gold – gold is not used much for industrial purposes unlike commodities like copper or even silver but Gold is considered rare and accepted as ‘money’ everywhere. Places which do not recognize the dollar or euro still recognize gold and Central Banks hoard it when they face significant uncertainty. So like everything in the world, gold’s ‘price’ is purely dependent on the amount of demand. This demand is mostly driven by loss of faith in paper currency issued by a country. Gold is used as a hedge against inflation and as a safe haven when investors fear that other instruments (like stocks & bonds) would fail.
The logic of the gold bull market is that the Feds and other Central Bankers have done, and will do, stupid and disastrous things to the monetary system. Perhaps they will. But as long as they are able to finance large deficits painlessly, they have no reason to do so. When speculators and savers realize that they need not hold gold to protect themselves from the feds, they will sell it. The price will fall - perhaps below $1,000!
Right now, the central banks are all itching to meddle. Several members of Bernanke's FOMC group are already calling for more forceful intervention - some form of QE III. If the economy deteriorates, there is bound to be more action from the Fed. Meanwhile, the Europeans are 'recapitalizing' their banks. So are the Chinese. The capital has to come from somewhere or they have to invent it. The more new money they create, the less their old money is worth and the more attractive gold becomes.
So does all this mean that Gold will rise? Shall I invest in Gold right away?
My view is that gold will rise but the rise of gold is very dependent on the follies committed by the Feds. Do I think they would continue with their myopic short term, band-aid fixes to their economy? - I do not know. But if history is anything to go by, there is very little reason to think otherwise. Gold may fall in the near term but for the long term, I would buy gold on dips and wait out.
Stay abreast of the latest happenings in Personal Investing. Enter your email address (on top - right of this page) to receive free & unbiased articles on personal investing in your inbox!
Posted by Rahul George at 6:57 PM